It's an annual flagship event of Learn Gita Live Gita which will be organised
on the most auspicious occasion of Gita Jayanti.
Date: 3rd Jan 2021 5:00-7:00 PM IST Watch Live Here With the blessing and grace of

Founder-Ācārya of the International Society for Krishna Consciousness (ISKCON) His Holiness Gopal Krishna Goswami Maharaj is the first Indian disciple of HDG Srila Prabhupada. He was Srila Prabhupada's secretary for many years and played a significant role in printing and expanding the distribution of Srila Prabhupada books in India and translating and printing them in Indian languages(Hindi). He is the G.B.C. for Mumbai, Northern India, Mayapur, Kenya, Canada, some states of America, and many parts of the Commonwealth of Independent States. Also, he is the Chairman and Trustee of the Bhaktivedanta Book Trust (BBT). He is engaged in inspiring and completing many of the largest ISKCON temples such as Sri Sri Radha Bankebihari temple in Nairobi, Sri Sri Radha-Parthasarathi temple in New Delhi, Heaven on Earth project in Mumbai, Installation of the 'Astounding Bhagavad Gita' in Delhi and many more. Besides these, He graduated from Delhi University, and studied Business Management at the University of Paris in Sorbonne and later obtained his Master’s degree in Business Administration from the McGill University of Montreal, Canada Hema Malini is an Indian film actress, writer, director, producer, dancer and politician. She is considered one of the most successful actresses of her time in Hindi cinema history. During her career, she received eleven nominations for the Filmfare Award for Best Actress, winning the award in 1973. In 2000, Malini won the Filmfare Lifetime Achievement Award and also the Padma Shri, the fourth-highest civilian honour awarded by the Government of India. From 2003 to 2009, she was elected to the Rajya Sabha, as a representative of BJP. In 2014, she was elected to the Lok Sabha. Currently, she is also a life member of ISKCON. Smt Droupadi Murmu, is the first woman Governor of Jharkhand and the first woman and tribal leader from Odisha to be appointed as a governor in an Indian state . She took the charge of Governor on May 18, 2015. Smt Murmu’s political career started in 1997, When she was elected as a councilor and later became the vice chairperson of Rairangpur NAC. In the same year , she became the vice president of a national political party’s Odisha ST Morcha, and later, its president. In 2013, she became the national executive member of the party’s ST Morcha. in 2007, she was awarded “Nilakantha Award” for the best MLA of the year’s by the Legislative Assembly of Odisha. During her expansive political career, Smt Murmu had also been a pro active pursuer of social causes and played a pivotal role in community uplift in Odisha. Shri Ranbir Singh is heading the CBSE Regional Office - Dehradun since September 2016 extending its services to a heterogeneous clientele of almost 1400 affiliated schools of the Board in the entire Uttarakhand State and 8 districts of Western Uttar Pradesh. Shri Ranbir Singh envisions objective of Bringing noteworthy transformation in School Education System and Imparting of Quality Education. He has received 'World Book Records - 2019 London' for his consummate contribution in School Education sector by the President (India) and 'Himalaya Ratna Award - 2018' for imparting Quality Education through CBSE Affiliated Schools in the State of Uttarakhand Tapana Misra Das is B.Tech from IIT Delhi and MBA from Faculty of Management Studies, Delhi University.He started associating with ISKCON devotees in 1997 during his B-Tech. He gladly gave up his lucrative job in favor of serving ISKCON and adopted simpler living and higher thinking being inspired by his diksha guru H.H. Bhakti Vikasa Maharaj, Prabhupada and Srimad Bhagavatam. His services for ISKCON are - Director, Global Duty Officers; Executive Director, Ministry of Education; Committee Member - GBC Organization Development, GBC Nominations, Mayapur Master Plan Coordination, Mayapur Strategic Planning. Currently, his annual teaching commitments include the Bhakti Vaibhava, Bhakti Shastri, GBC College, ISKCON Leadership and Management programs as co-facilitator. He has traveled widely across the world to over 50 countries and shares Srila Prabhupada’s message wherever the opportunity presents itself.

Rahul Sharma is the senior most IAS officer holding principal secretary department of School Mass Education and Literacy, Govt. of Jharkhand.He is B.Tech from IIT Kanpur and has done a master’s in Public Policy Analysis from The London School of Economics and Political Science (LSE). He has served the government of Jharkhand in various capacities as Secretary, Jharkhand State Electricity Board in Ranchi from 2005-2008, Deputy Commissioner in Gulma District of Jharkhand from 2009-2012, and Secretary to the Government of Jharkhand from 2014. He is handling large projects such as Subarnarekha Multipurpose Project in the Jamshedpur area. Sesa Das joined ISKCON in 1973, inspired by the political activism of the In God We Trust Party for Purified Leaders and was initiated by HDG Srila Prabhupada . He is a member of the Governing Body Commission and head of the Ministry of Education, ISKCON. He served as the temple president of both Washington, D.C. and Philadelphia; as the Managing Editor of Back to Godhead magazine; and as the North American Secretary of the Bhaktivedanta Book Trust. He attended the United States Military Academy and later received a degree in Political Science from the State University of New York, Albany. In 1991 he earned a Juris Doctor degree from the UCLA School of Law. 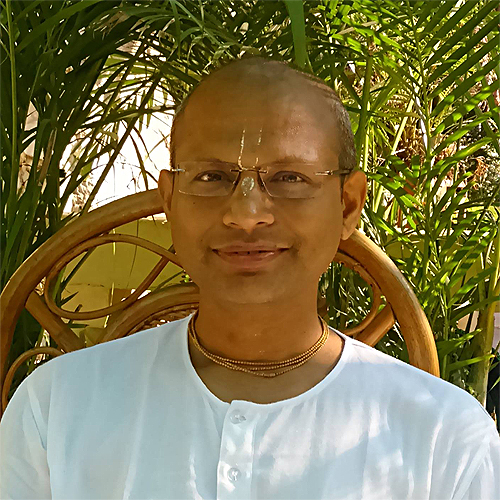 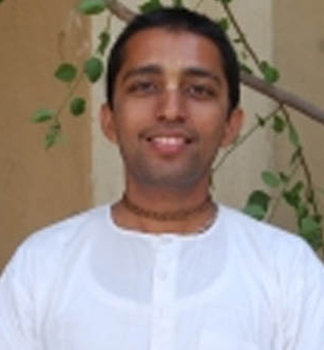 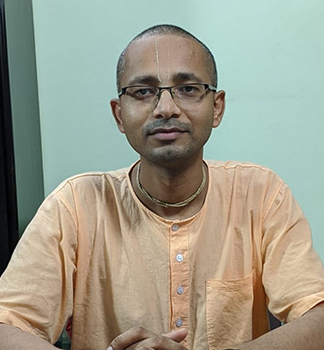 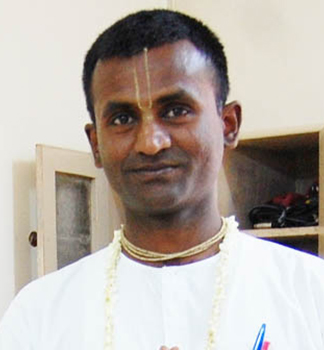 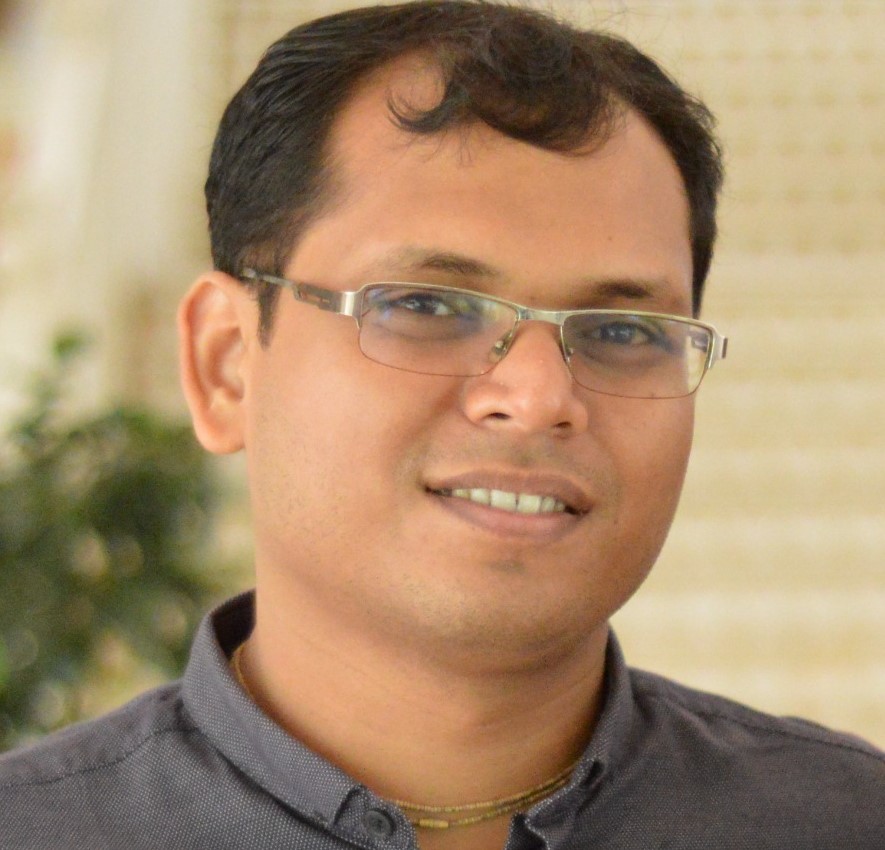 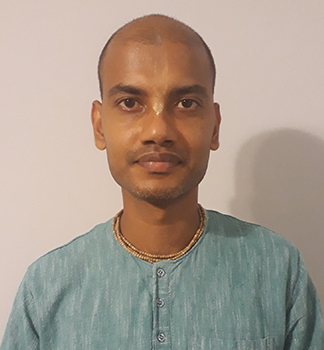 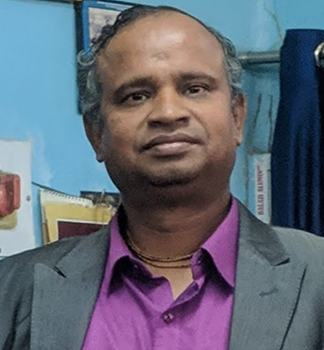 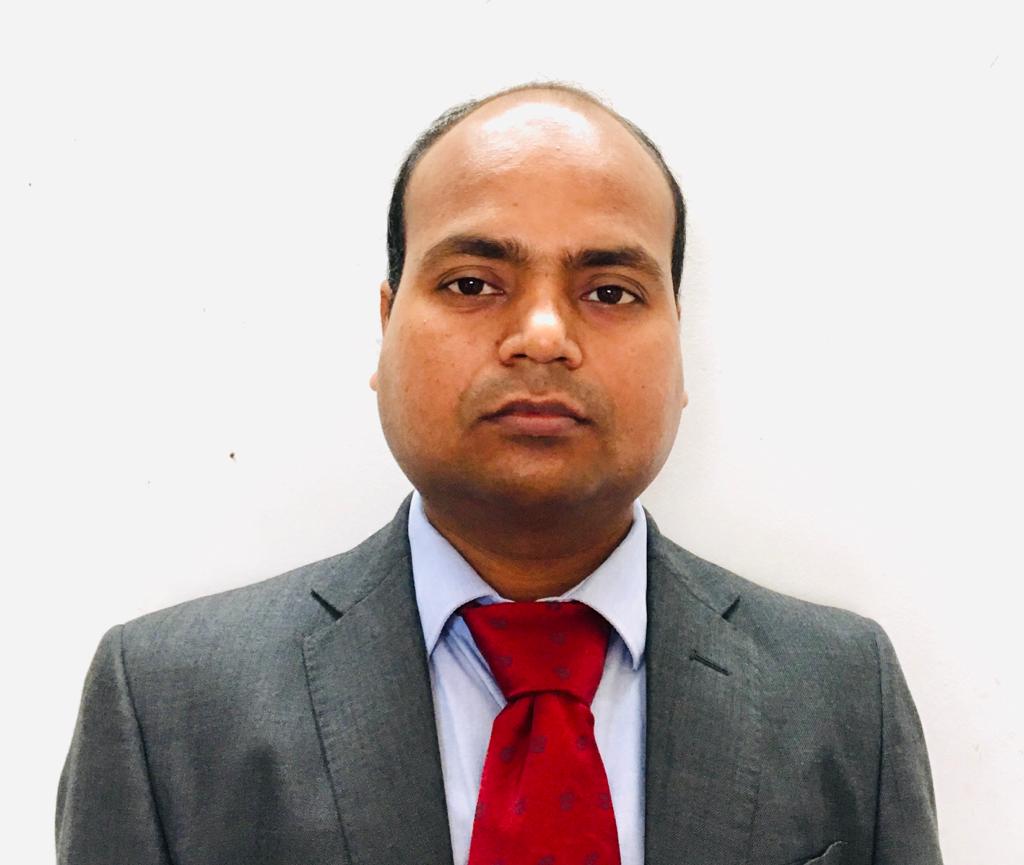 AN INITITATIVE OF ISKCON